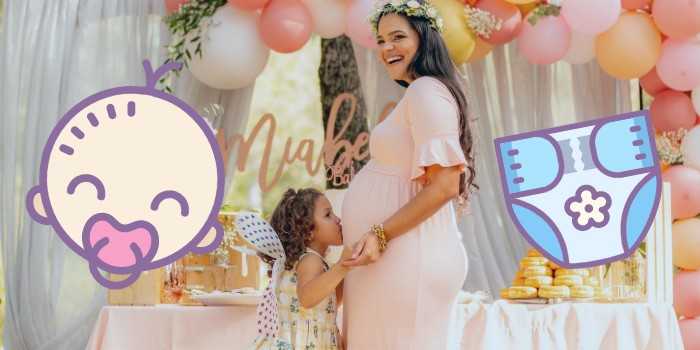 ***EDITOR'S NOTE: Be sure to check out our baby diaper giveaway sets for a diapers gift set for that next shower. Otherwise, please enjoy this post!

Diapers are must-haves when you have small babies. They are permanent fixtures at baby showers, too. So it’s not surprising that people have come up with baby shower games that use these infant essentials as props.

If you’re looking for fun games for a baby shower, try these diaper-themed options. We teach you 9 diaper games below, and even include tips for turning some of them into virtual games, in case your baby shower is happening online.

Changing a diaper is something that parents eventually master. In this relay game, team members change diapers on a stuffed toy or toy doll, while blindfolded. The first team to finish all of their nappy changes wins. You can do this in a virtual baby shower, too, but with individual players instead of a team relay.

This game is not for those with weak stomachs! You’ll need to melt several different types of chocolate bars, and spread them onto diapers. Players must correctly guess the type of chocolate in each nappy, either by smell or taste.

***GET INSPIRED: Find fantastic diapers gift ideas for that next shower in our top baby shower ideas for diaper gifts collection.

Diaper pong is similar to beer pong, but instead of trying to shoot a ping pong ball into a cup, players toss balls into diapers stuck on a wall. Points are earned for every shot made.

Option #4. Pin the diaper on the balloon

In this game, players need to pin a cloth diaper onto a balloon, making sure not to pop it. First to pin the diaper, and keep it on, wins the game. This game can be played over a video call, too, for online baby showers.

This game is played in pairs, and each pair will be given a rolled up diaper to use as their ball. Players stand facing each other, a few feet apart, and toss the diaper back and forth. With every successful toss, players take a step back, further away from one another. Pairs who drop their diapers are eliminated. The last pair remaining at the end of the game is the winner.

***NEED A GIFT BASKET? Get the best diapers gift basket for your next baby shower in our diapers giving baskets list.

The true skills of baby food connoisseurs will be tested in this game. Diapers are filled with different baby purees, and players have to smell and taste each diaper’s contents and identify the baby food. Points are earned for each correctly-identified food, and scores are tallied once everyone is done tasting. The player with the most points wins.

No actual diapers are involved in this game. Instead, players are split into teams, and each team will select a member to be the baby. The rest of the team each be given a roll of toilet paper. Players will then take turns wrapping the baby in a toilet paper diaper. The catch is they can’t help each other out, and the baby can’t help either. The team that finishes their toilet paper diaper first wins the game.

This is played exactly like the popular game, hot potato, only a rolled up “dirty” diaper is used instead of a potato. Players sit in a circle and pass the dirty diaper around while music plays. Whoever is holding the diaper when the music stops is eliminated. The last remaining player at the end of the game wins.

This game is one of the best ways for expectant parents to build their diaper stash quickly and easily. Anyone who brings a pack of diapers to the baby shower gets a raffle entry. The more diapers you bring, the more entries you gain. For a virtual version, parents can set up a diaper fund instead, and decide on a pledge amount for raffle entries.

These games are certain to make any baby shower extra fun. If you’re headed to a baby shower soon, don’t go empty-handed. Why not give a diaper pail as a gift to the expectant mom, to go with all these diapers? Check out the reviews on this site to help you choose the best diaper pails to buy.

We continuously aim to conform to our editorial practices and policies through out our website. This involves evaluating all of our blog posts appropriately and constantly doing our utmost best to showcase the most dependable information and facts possible for our followers. Please don't hesitate to have a look at our About Us Page for more info.

Catrina A. Labounty is the head writer behind DiaperPailDepot and specializes in writing about parenting, child development, and caring for infants. She has previously worked for a number of websites as an editing assistant, independent researcher, and other editorial roles with a main focus on child development content. Catrina enjoys using her free time to browse the web for fantastic diaper cake designs and baby shower gifts. She routinely posts her work here on DiaperPailDepot as well as on various of her own writing blogs online.

DiaperPailDepot.com is dedicated to providing you the best diapering & diaper pail content from around the web!

Please share us with all your friends and family! Thank you for browsing DiaperPailDepot.com and we hope we’ve helped you solve your dirty diaper problems for good! 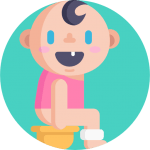 Thank you for checking out DiaperPailDepot. When you purchase thru hyperlinks on our website, we may possibly earn an affiliate commission, at no extra expense to you. Be sure to enjoy our site!